Are the Pfizer-injected now GMOs? A study has just been published in Current Issues in Molecular Biology which may cause a few problems for the “fact-checkers” and government agencies who have emphatically claimed that the mRNA injections cannot alter or damage the recipient’s DNA.

The paper by Aldén, et al, titled “Intracellular Reverse Transcription of Pfizer BioNTech COVID-19 mRNA Vaccine BNT162b2 In Vitro in Human Liver Cell Line,” published on 25 February 2022, reveals what some of us have been warning about since the experimental mRNA injections were released onto largely unsuspecting populations.  That is, the mechanisms do indeed exist for the genetic injections to change and/or damage the recipient’s genome.

In New Zealand, Medsafe approved the Pfizer injections for wholesale use in the country despite minimal safety data being available.  In 2021 they engaged their “experts”, Professor Peter McIntyre from the University of Otago and Dr Ian Town, Chief Science Advisor for the Ministry of Health to address any “concern that permanent alteration of DNA may occur.”  Bizarrely, they went way out on a limb in a few sentences in the following letter to NZDSOS:

“Messenger RNA is unstable, which is why it must be stored at very low temperatures prior to use. As mRNA does not enter the nucleus and is rapidly broken down by the cell after protein transcription has occurred, it is unable to alter DNA (Ref 10) . This is shown in the graphic below (Ref 11).”

NZDSOS were concerned that this was an over-simplification of the state of the science and thus presented a paper to Medsafe the following week, specifically addressing the potential problems:

“The science on this is still unfolding and we are concerned that the authors claim a definitive statement on this topic. The first reference the authors provide is the Centers for Disease Control and Prevention website which is aimed at providing the public with a simple overview of the mRNA injection. The second reference (and diagram) only shows the ‘proposed sequence of events leading to the generation of adaptive immune responses upon mRNA vaccination’. From this the authors appear to conclude that it would be impossible for the injected mRNA to become integrated into our DNA because mRNA does not work that way.”

The mechanism for the conversion of RNA to DNA is possible through reverse transcriptase enzymes.  Although some virologists have suggested that reverse transcriptase is specific to “retroviruses”, it has long been known that the enzymes can be found in normal mammalian cells.  This has been well documented by The Perth Group and has gained more mainstream attention in recent years including in this SciTechDaily article in 2021:

“Thomas Jefferson University researchers provide the first evidence that RNA segments can be written back into DNA, which potentially challenges the central dogma in biology and could have wide implications affecting many fields of biology. ‘This work opens the door to many other studies that will help us understand the significance of having a mechanism for converting RNA messages into DNA in our own cells,’ says Richard Pomerantz, PhD, associate professor of biochemistry and molecular biology at Thomas Jefferson University.”

I’m not sure why they think the central dogma of biology is only now being “potentially challenged” as it was never proven to be relevant from the day that Francis Crick first suggested it in 1958, but at least they are opening their eyes.

In any case, what did Aldén et al’s recent paper demonstrate?  I’ll outline some of the highlights:

“Our results indicate a fast up-take of BNT162b2 into human liver cell line Huh7, leading to changes in LINE-1 expression and distribution. We also show that BNT162b2 mRNA is reverse transcribed intracellularly into DNA in as fast as 6 h upon BNT162b2 exposure.“

“In the BNT162b2 toxicity report, no genotoxicity nor carcinogenicity studies have been provided [26]. Our study shows that BNT162b2 can be reverse transcribed to DNA in liver cell line Huh7, and this may give rise to the concern if BNT162b2-derived DNA may be integrated into the host genome and affect the integrity of genomic DNA, which may potentially mediate genotoxic side effects.”

Now, to be clear this does not mean that those who have been injected with the Pfizer BioNTech product have had their DNA modified – but it raises very significant concerns. The study was carried out in vitro (in a test tube) with Huh-7 cells which are of human origin but derived from an abnormal (liver cancer) cell line.

Therefore, the next logical step would be to assess whether those that have been injected with the product have evidence that the sequence has been integrated into their DNA.

The authors didn’t proceed to test this themselves although suggested that genomic sequencing and integrity should be checked in, “human subjects who received BNT162b2 vaccination.”  Who will (be allowed to) take up the challenge?

This paper comes hot on the heels of another major revelation related to these mRNA injections.  Dr Mikolaj Raszek has recently highlighted a potential problem that is apparent in the Australian Therapeutic Goods Administration’s (TGA) own “Nonclinical Evaluation Report” on Pfizer’s Comirnaty (BNT162b2).  Dr Raszek has previously discussed how the spike protein can circulate in the blood of the injected for months, which considering the recent Aldén et al paper, may be explained by the integration of the genetic sequence into the host’s DNA.  In effect, the jabbed may produce the spike protein indefinitely or at least have the potential to do so.  His latest revelation from the TGA’s report adds more weight to his theory that the spike proteins themselves are entering the nucleus of the cell and once it is inside it “could be a mutagen because it prevents the fixing of our DNA.”

All in all it makes the Australian TGA look like a complicit partner in this COVID-19 Fraud & War on Humanity as they gamble on their citizens lives under the influence of Pfizer:

“Neither the mRNA nor the lipid excipients of the LNP formulation are expected to have genotoxic potential. However, the potential of the LNP or the vaccine formulation for complement activation or stimulation of cytokine release was not adequately assessed in nonclinical studies. Further investigation (i.e., analysis of complement activation and cytokine stimulation) is recommended unless this particular concern is addressed by clinical data. The absence of a repeat dose toxicity study in a second species and genotoxicity studies with the novel excipients was adequately justified by the Sponsor…Short term protection studies, lack of pharmacokinetic data for the S antigen-encoding mRNA (BNT162b2 V9), suboptimal dosing interval in the repeat dose study, lack of repeat dose toxicity studies in a second species and genotoxicity studies with the novel excipients, and lack of studies investigating potential for autoimmune diseases were noted. However, these deficiencies are either adequately justified by the Sponsor or addressable by clinical data.”

Pfizer’s Comirnaty brought their corporation around US$36 billion in revenue in 2021, and they expect to top that in 2022.  Their product can’t possibly protect anyone from an undefined clinical entity and a “virus” that does not exist.  What we can see is that entire countries are being swindled out of billions of dollars while their hapless citizens are at risk of becoming genetically modified organisms in addition to the barrage of other toxic effects they are enduring from these injections.

Watch my interview with Dr Tom Cowan, where I discuss this in more detail. 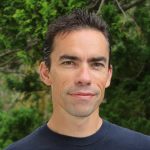