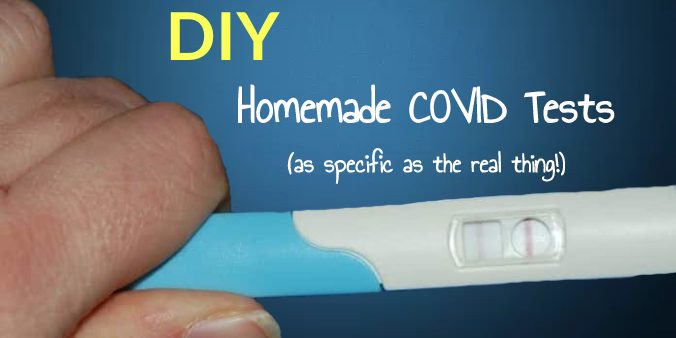 Since February 2022, we have been told by the government that there has been an explosion of COVID-19 cases in New Zealand, as has occurred in most other countries following the purported discovery of the “highly infectious Omicron variant” in South Africa.  However, as I have previously explained, Omicron is as fictional as the original SARS-CoV-2 “virus”, which was invented, not discovered, in Wuhan by taking over 50 million small genetic fragments of unknown provenance and instructing a machine de novo to organise a selection of these “short reads” into a new genome using two other invented genomes as the reference templates.

These days, such “viral genomes”, which exist only in computers and cloud-based gene banks, are taken as proof by many intelligent people that pathogenic viruses exist in actuality and that the science is therefore settled.  After all, laboratories around the world continue to process samples that reference the invented genome called “SARS-CoV-2” and upload their computer models to databases such as GISAID by the millions.  In fact, at the time of writing there are 9,605,822 “SARS-CoV-2 genomes” on the leaderboard as it climbs to the moon.  However, not one of these in silico-assembled genomic sequences has ever been shown to exist in nature, let alone come from inside a disease-causing particle.

Over the past two years, many people, both sceptics of and believers in the COVID-19 narrative, have come to the conclusion that the Polymerase Chain Reaction (PCR) is not a reliable way to diagnose “infections”, including, most recently, Dr Anthony Fauci.  For those aware of the deeper issues, it should be apparent that the PCR is not just unreliable in this application, but it is completely invalid.  Aside from all the other issues related to the interpretation of crude nasopharyngeal sample test results, if the genetic sequences the PCR is calibrated to have not been shown to belong to a pathogenic microbe, what is it supposed to be testing for?  Never mind that as has been pointed out previously, COVID-19 is a meaningless clinical entity, with no specific symptoms, signs, or confirmatory investigations, and thus all COVID-19 PCR test results are worthless.

Unfortunately, despite the above, even COVID sceptics appear to have been seduced by Rapid Antigen Testing (RAT), also known as lateral flow testing.  In fact, some have suggested that a bout of illness that corresponds to a positive result from one of these tests, can be presented as evidence that the “virus” exists – Sam recently responded to one such claim.  We also dealt with the issue of these pointless tests in early 2021, when they were rolled out in many countries around the world.  Essentially, it is one indirect test piggybacked on another indirect test (the PCR), with the latter having no established diagnostic validity.  This doesn’t stop RAT researchers from calling the PCR, the ‘gold standard’, and extending the nonsense of the casedemic a bit longer.  Put otherwise, because this phantom pandemic was built not on the basis of a clinical diagnosis of an illness but on the fraudulent misapplication of the PCR, a newer, cheaper and easy-to-use-at-home test for purportedly detecting the imaginary SARS-CoV-2 was introduced so as to perpetuate the fear of this phantom illness and to extend the life of its prescribed narrative.

Here in New Zealand, RAT is a relatively new phenomenon and it is currently all the rage for those participating in the COVID-19 circus.  On February 1, the government announced that,  “along with the 5.1 million tests already in the country, New Zealanders will have access to over 55 million rapid antigen tests in the coming two months.”  Two weeks later, “cases” of the meaningless entity COVID-19 went parabolic.  In early March, RAT was said to be detecting 97 percent of these cases.  By that stage, Rapid Antigen Tests were being provided for “free” for all and sundry, with many feeling the need to test themselves or their children several times a day.

Unlike the PCR, which amplifies selected genetic fragments, RAT purports to detect a protein, currently the “SARS-CoV-2 nucleocapsid” or ’N’-protein.  There are no published papers proving the existence and biochemical properties of a pathogen termed SARS-CoV-2, so the protein cannot be claimed to have any specificity to a “virus” – it is simply a protein class found in some humans and mammalian tissue culture experiments.  The typical test kit contains a membrane onto which a few drops of nasal-derived fluid are placed.  The fluid is drawn along the membrane and mixes with a fixed “anti-SARS-CoV-2 antibody” (read: something that will react with the non-specific N-protein) conjugated with gold.  If this reaction occurs a visible bar is produced on the strip.  But what does this actually mean?

In October 2021, I contacted one of the government’s approved RAT suppliers and put several questions to them, including the following:

With regards to the new test you are advertising where can I find the following information?:

1. Its analytical sensitivity and specificity.

2. Its diagnostic sensitivity and specificity.

In December 2021, they sent an email back to me with colourful promotional pamphlets produced by the Ministry of Health and an offer to buy a box of 25 test kits for NZ$260 + GST, but with no answers to my questions.

When we sought information about the accuracy of Rapid Antigen Testing, we consulted a section titled, “RAT results and their accuracy” on the New Zealand Ministry of Health (MOH) website, which claims that the tests “are quick and relatively simple to do but are not as accurate at telling whether you have COVID-19 as the PCR test you may have had before.”  In other words: they are completely useless.  We found that below this section is another section titled, “PCR test results accuracy” which continues to conflate the analytical specificity of the PCR to detect pre-selected genetic fragments, with its diagnostic specificity for a condition (“COVID-19”).  We pointed out this fundamental error to the MOH (and even lodged a complaint) a long time ago but they continue to refer to a website that contains only analytical performance data of the tests in a laboratory.

If you read a typical manufacturer’s product information, you will see incredible performance claims, such as this one, reporting their kit as having a specificity of 99.8%.  But specificity for what exactly?  The methodology reveals that they have compared their RAT kit results to PCR results, “using an FDA EUA RT-PCR reference method.”  As has been pointed out already, this has nothing to do with diagnosing a clinical condition: it is simply comparing one in vitro molecular reaction with another in the laboratory.  They didn’t seem too worried that the PCR protocol they compared their test against was positive in 50 out of 483 asymptomatic subjects.  But these subjects with no illness whatsoever have COVID-19 according to the WHO, as a “confirmed case” simply requires a positive PCR result!  (And just as ridiculously for a confirmed case: “an asymptomatic person with a positive SARS-CoV-2 Antigen-RDT who is a contact of a probable or confirmed case.”)  In this new world of “pandemics”, diseases no longer require people to be unwell apparently.

So, in this application, RAT is as pointless as using the PCR for diagnostics: they are both equally meaningless.  Unfortunately, RAT has become one of New Zealand’s most common pursuits in recent weeks and hundreds of thousands of people now think they have the “virus”.  There are certainly a lot of sick people I’m seeing, but in my assessment it has nothing to do with a novel pathogen.  Two years of draconian restrictions, face masks, government-concocted fear narratives, and being gulled into accepting toxic injections have taken their toll on the island nation.  Many are deconditioned, demoralised, and socially isolated.  In the latest chapter of COVID mass formation, the RAT frenzy has convinced many that, whatever symptoms they have (or don’t have), the test kit informs them it is all due to a “virus”, even though the chemical reaction they are witnessing on their little test strip does not require the existence of one.  It certainly keeps the COVID narrative alive but hopefully more will wake up soon and ignore the nonsense when they realise that it has all been part of The Viral Delusion.

Mark is a microbiology, medical industry and health researcher who worked in medical practice, including clinical trials, for two decades.