Why I Switched To Raw Milk For Good (Article) I wanted to outline why myself and my family drink raw rather than pasteurised cow’s milk. There are numerous benefits to drinking raw milk, although many people are afraid to do so, due to perceived dangers. However, are these dangers real or is it just Germ Theory run amok?

Cow’s milk is one of the most commonly consumed products in the world but like all large industries, there has been market capture and the associated narratives that go along with it. When I was in high school science classes and then medical school, it was suggested that drinking raw milk was a risky business due to all the potential microbial “pathogens” that could make you sick. It seems that even when the beneficial effects of raw milk are acknowledged in the mainstream literature, consumption is quickly discouraged due to the “pathogen” argument.

Recent evidence indeed shows an inverse relation between raw cow’s milk consumption and the development of asthma and allergies. However, the consumption of raw milk is not recommended due to the possible contamination with pathogens.

Not many people are aware of the steps involved in the processing of milk for consumption in most developed countries. Apparently, this is to make it “safe” through a process of dramatically adulterating what nature has provided. Take a look at the process:

Upon collection, which might involve machine milking, milk is cooled and stored at 4 °C. After transport to the dairy plant, the milk is centrifuged in order to remove the milk fat, leaving skim milk. The milk fat and skim milk will be recombined in the desired ratios to obtain: skimmed milk (≤ 1% fat), semiskimmed milk (2% fat) or whole-milk (> 3.25% fat). After this standardisation process, the milk is heat treated…The most commonly used heat treatments are pasteurisation (71-74°C for 15- 40s), sterilisation (110-120°C for 10-20min) and ultra-high temperature (UHT) processing (135-145°C for 0.5-4s)…Heat treatment is often followed by homogenisation, although homogenisation may also take place prior to heat treatment. During homogenisation the milk is pumped under high pressure through narrow pipes. This reduces the size of the fat globules and thereby it prevents the separation of a cream layer. Homogenisation increases the stability of the milk resulting in an increased shelf-life. After heating and homogenisation, the milk is rapidly cooled to 4°C and is subsequently packaged and stored for commercial purposes.

These processes completely change the microbial composition (including destroying lactase-producing bacteria), while denaturing proteins and enzymes, and can reduce the bioavailability of vitamins and calcium in the milk. Given the complexity of life, it is likely that one of nature’s products is also been ruined in other ways that we have not yet appreciated, including the very way the fluid is physically structured.

One of the other reasons I started investigating milk was that disinformation sites such as Wikipedia portray raw milk as coming with no proven benefits and only considerable risks. However, the “evidence” they cite is in the form of assertions from the United States Food & Drug Administration or the CDC’s webpages. These agencies do not provide scientific evidence that untreated milk in itself is dangerous. One of Wikipedia’s main citations with regards to the so-called dangers is a 2010 Scientific American article claiming that, “bacterial outbreaks are traced back to nonpasteurised milk.” The article points to an incident where 30 people became unwell, allegedly due to the presence of bacteria alone in raw goat’s milk. However, it is based on assumptions about the bacteria being “pathogens” rather than evidence showing this to be the case and ruling out other causes of toxicity.

What we were taught in science lessons certainly seems to inaccurately portray the role of bacteria such as Listeria in causing disease. However, I did see Consumer, a more mainstream outlet in New Zealand ease up on the dogma in one of their 2016 reviews:

In 2015, 13 people [in New Zealand] got sick in outbreaks associated with raw milk. For most outbreaks raw milk is not the only risk factor – contact with farm animals and contact with untreated water are often mentioned. This means there’s usually no definite proof raw milk caused the illness but it’s difficult to confirm because in many cases the suspected batch of milk has already been consumed.

Thirteen is obviously a small number of people and there was no proof that it was actually raw milk that made them sick. Calves don’t have any problems consuming unprocessed milk and the same can be said for breast-fed human infants who are certainly not drinking sterilised milk.

In any case, is there any evidence that specific microbes in milk can make people sick? Earlier this year, Daniel Roytas who produces the Humanley Podcast, performed a literature review seeking evidence that the bacterium Listeria monocytogenes is a potential “contaminant” in milk that can result in food poisoning. His research could not find evidence that the bacteria itself is harmful if ingested and he commented that:

I was quite surprised to learn that the way scientists were “infecting” animals with listeria was by injecting the bacteria directly in to their blood stream, abdominal cavities or brains, and not by feeding them the actual bacteria. Such experiments in no way resemble the purported natural route of infection.

Daniel, wrote a second article on this topic and approaching things from a “terrain theory” perspective allowed him to put forward alternative explanations to the “pathogen” argument and the inconsistent evidence used to support it:

Interestingly, Pasteurisation has been shown to degrade pesticides found in dairy milk. Could the reduced risk of illness from pasteurised dairy products be a result of toxin degradation, rather than from the destruction of bacteria? Is it possible that listeria present in milk might be there to break down pesticides or other toxic contaminants, or for some other reason all together?

There is no doubt that milk can become contaminated but it doesn’t necessarily relate to the milk not being pasteurised or sterilised. A 2022 publication that reviewed the available scientific literature concluded that cow’s milk was contaminated by “pathogenic microorganisms” in less than 15% of the reports. The majority of the cases related to chemical contamination.

Combined with the fact that the scientific studies struggle to show that ingestion of bacterial “pathogens” alone causes disease, it suggests to me that it is another case of germ theory nonsense. Naturally, careless animal husbandry or poor processing and storage practices of any type of milk can lead to a toxic product. And even if the microbes themselves are not harmful, toxic by-products may be produced as they decompose ageing or incorrectly stored milk.

Once again it is all about the “terrain” and encouraging others to see that the “pathogen” theory is deficient. In response to several medical associations advising against the consumption of raw milk or related products, The Raw Milk Institute issued a document which stated:

It is true that raw milk produced as “intended for pasteurisation” and sourced from Concentrated Animal Feeding Operations (CAFOs) is generally unsanitary and unsafe to consume raw…However, raw milk that is carefully and intentionally produced for direct human consumption is a low-risk food with superb nutritional benefits. This type of raw milk is wholly different from raw milk being produced in unhygienic conditions.

My advice would be to get your raw milk from a good source as close as possible to where you live. If you are lucky that would mean you have your own cow! The next best thing is to get to know the farm where your milk comes from. If you can, talk to the dairy farmer and find out what their philosophy is with regards to how they care for their livestock. In the Christchurch (NZ) area we are very fortunate to have Aylesbury Creamery as our local raw milk supplier. The cows are grass-fed, very well cared for and are milked only once a day. The milk comes straight from the cows and is delivered to our doorstep in recyclable glass bottles just a few hours later.

No one in our family has ever had any problems from consuming this high-quality raw milk. Contrary to popular belief, my personal experience is that it keeps in the fridge for at least as long as pasteurised milk. I have consumed it throughout pregnancy and it was easily introduced into the diets of some of our children from the age of 6 months. Our older children even started requesting more milk after switching exclusively to raw milk. And if you are are keen home cook like myself, you will certainly appreciate its superiority in everything from smoothies to all kinds of home baking. I don’t drink coffee but my husband Mark assures me it is a far better milk for a flat white as well. The easiest thing you can do is try some raw milk yourself (even those who have poorly tolerated pasteurised milk previously) – I’ve not seen many people go back to pasteurised milk after making the switch! 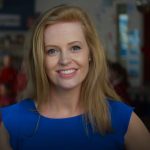